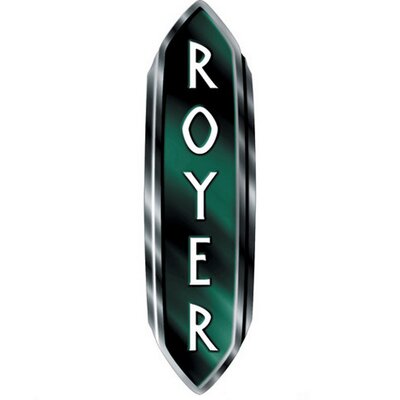 Royer Labs is dedicated to the art of the ribbon microphone

The microphone is the original ear in the recording process, the first and most influential part of the recording chain. Royer ribbon microphones simply help you capture the most natural sounding recordings possible.

Every Royer is hand-made in the USA by craftsmen who are fanatical about building the best ribbon microphones in the world.

Royer Labs have been awarded a Technical Grammy award for their ribbon microphones and the impact they have on the recording process. The award is presented to individuals and companies who have made contributions of outstanding technical significance to the recording field.

The Recording Academy poured praise on the company at the awards ceremony, saying Royer’s microphones bring “a more realistic, analog sound and feel to digital recordings.”

Talking about the company’s history, Royer’s President, Rick Perotta said “Royer Labs was formed with the goal of bringing ribbon microphones back to mainstream recording by way of David [Royer]’s unique, modern-ribbon microphone designs. This award brings us full circle and validates all the work that it took to get us to this point.” 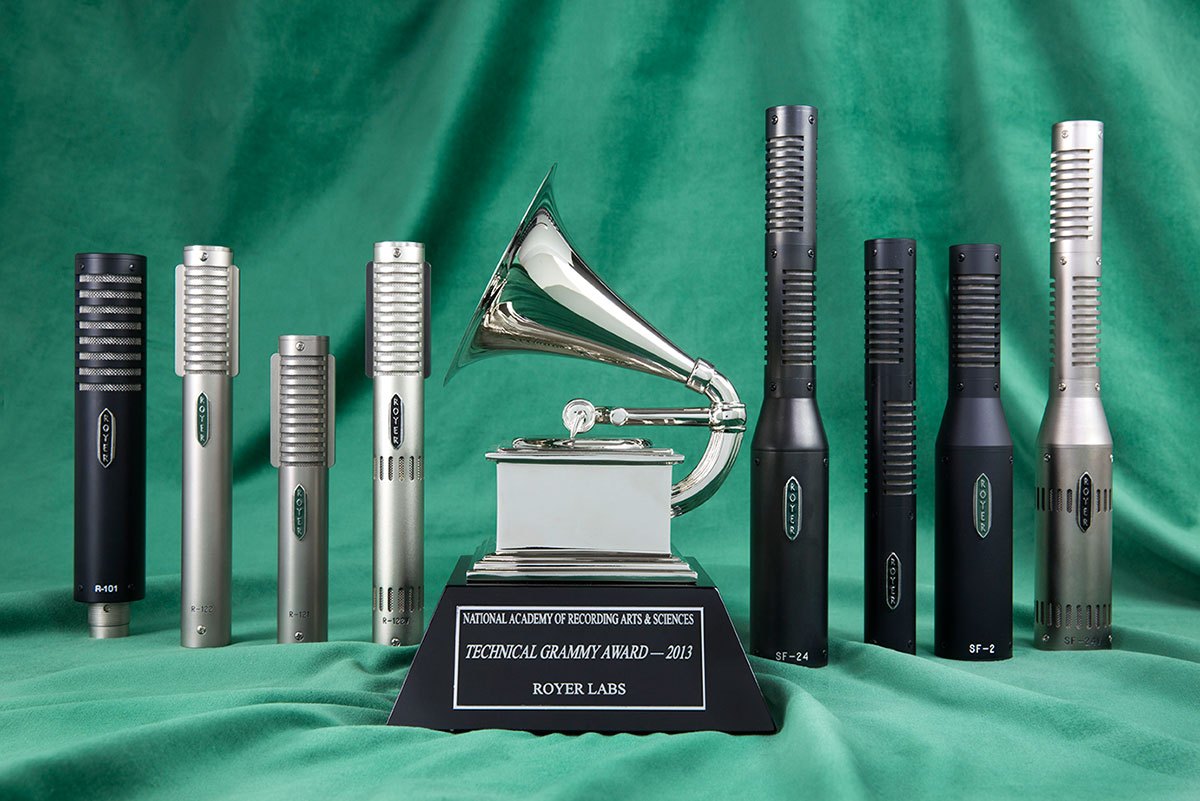 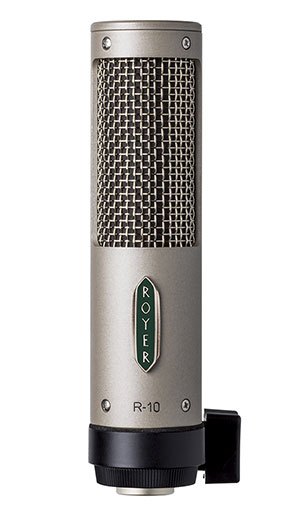 The R-10 is Royer’s most affordable ribbon microphone yet, derived from the well-proven R-101 and sharing all of that model’s core technology but in a smaller, simpler package. It is extremely robust, with a massive headroom that makes it ideal for use on loud sources like guitar amps, brass and drums, as well as vocals and other sources. 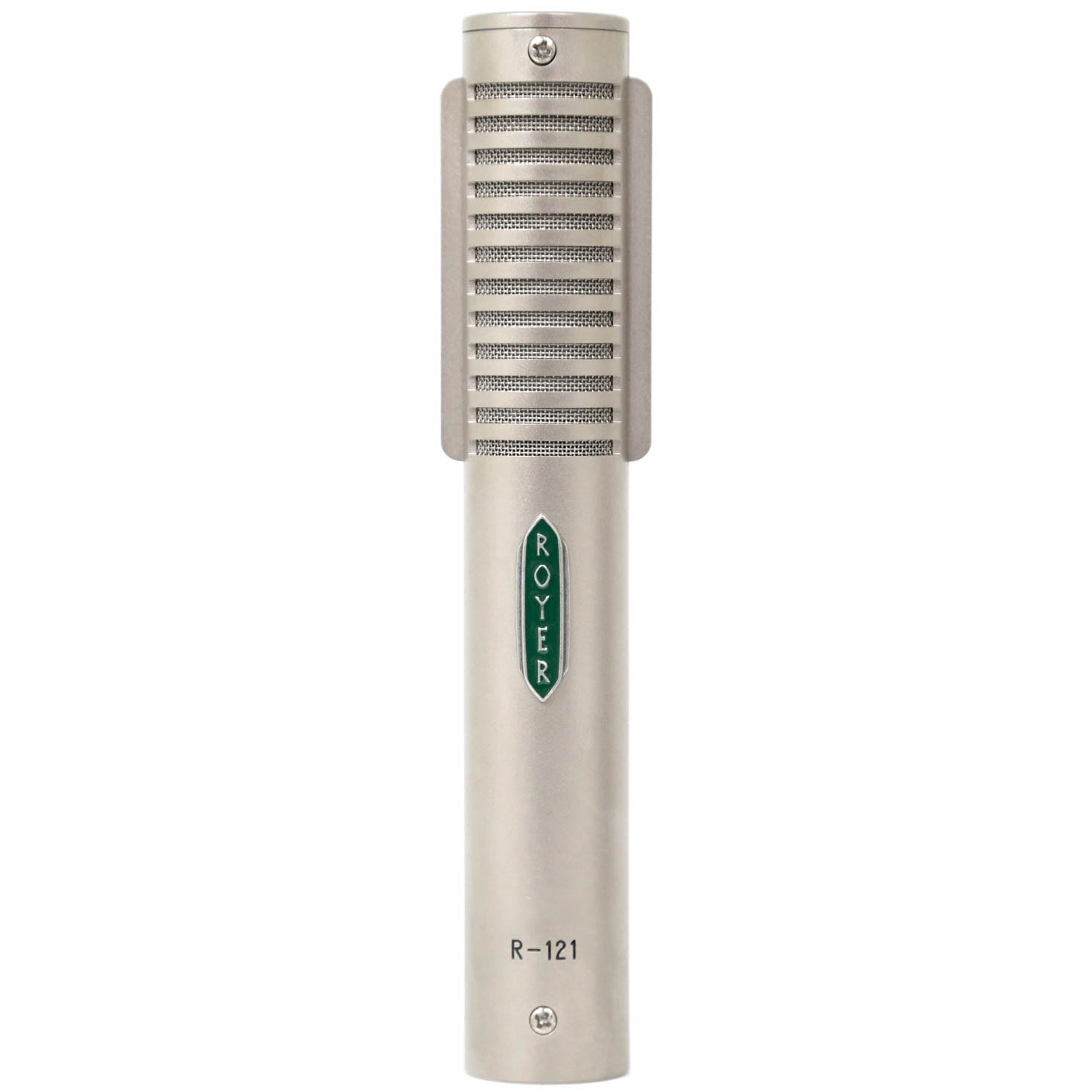 In 2014, Royer Labs not only celebrated its 15th anniversary, but was awarded a 2013 Technical Grammy for its contribution to the recording industry, for designing a piece of gear that perfectly complemented the modern digital method. Some 15 years after the R-121’s invention, Royer’s instinct has held true. Digital recording with converters makes the distortion artefacts and crispy highs, typically dulled a little by the tape recording medium, will sit right in front of your face. You will hear harshness from microphones that are uncomfortable, whereas ribbons recorded to digital systems beautifully. With Royer Labs, a lot of sound engineers said they felt like they were working in an analogue world again.

The Royer R-121 is a passive ribbon microphone with an innovative offset ribbon placement that gives the two sides of the microphone distinct features and sound.

The ribbon element is made of pure aluminum and is 2.5 microns thick, and is tuned to about 40Hz. It is offset toward the front side of the microphone case, which among other features provides a high-SPL capability of 135 dB on the front side. The rear side is equally sensitive but brighter. Royer bills this feature as “two microphones in one.” This innovation was patented in 1999.