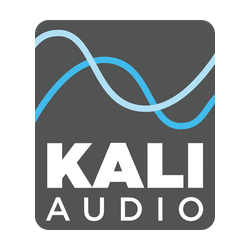 Kali Audio is based in Southern California and made up of engineers from JBL Pro and some of the most experienced professionals in the sound industry. The products on their collective resumes can be found in studios, on stages, and in homes all over the world. They include best-sellers in several categories, and they earned this distinction both from the quality of the products and the success of the people who use them.
The core team that formed Kali Audio did so because they wanted to continue that strong engineering tradition in Southern California. They believe that in order to build something that people will want to use, they need to talk to them directly and see what their needs are. Being in LA, they are able to be in regular contact with professional users at every level. This includes people who make music in their homes, top-tier music producers, working musicians, film composers, dedicated enthusiasts, and just about everyone in between. 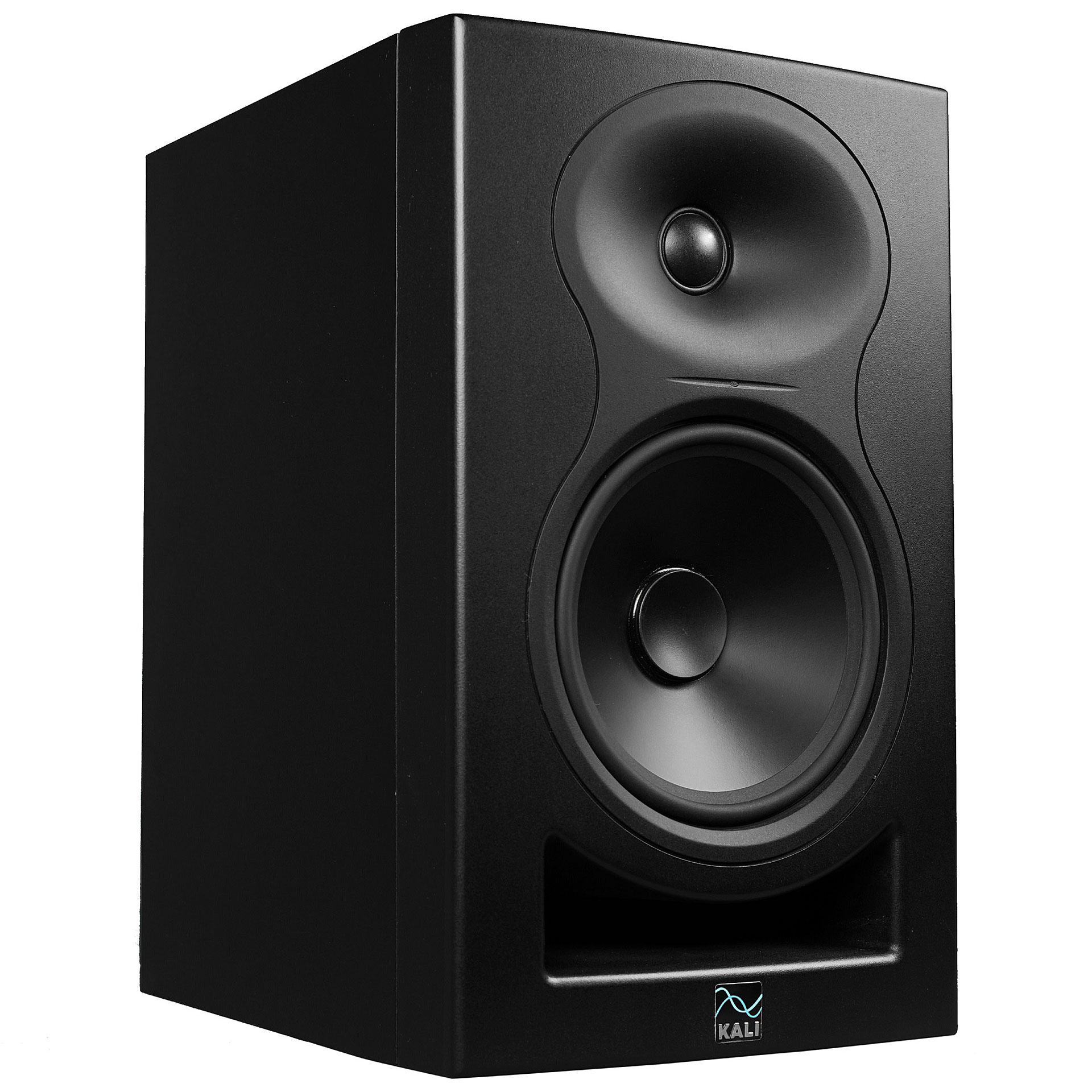 The LP-6 was designed with complete accuracy in mind. You need to hear every detail when you are mixing, after all, and any colouration in the EQ will have you adjusting to compensate, giving your resulting mix an incorrect boost or cut in that area. Kali claims that there is no such colouration, ‘Nothing is boosted or suppressed to cover flaws or try to sound more pleasing’.
Shop Now 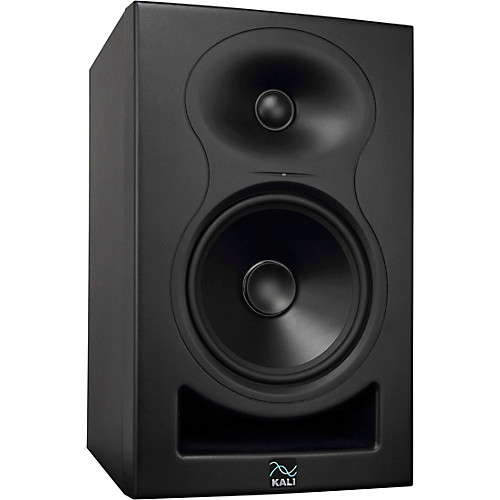 The LP-8 was designed to have increased dynamic range, low-frequency extension and overall output. With unparalleled accuracy and listening comfortability, the LP-8 is perfect for the bass-oriented producer or engineer. Subwoofers and three-way speakers often create more issues than the ones they remedy due to their complicated phase relationships. Kali Audio has taken this into consideration with their monitors and the bass sounds perfectly in phase in a comfortably large sweet spot; their monitors’ subtle yet effective dispersion design works excellently in transparently transmitting audio.
Shop Now 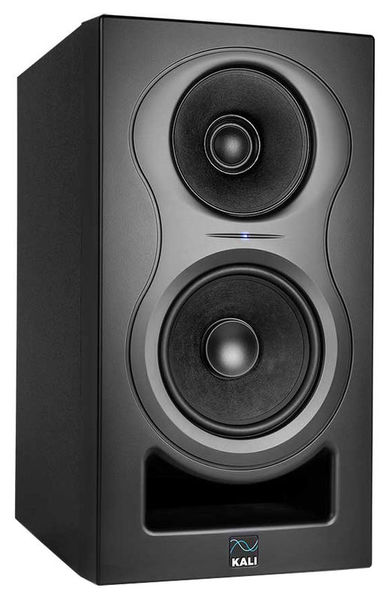 The IN-5 is among the most accurate studio monitors in its price range. This speaker’s coaxial design boasts directivity that surpasses any non-coaxial speaker, enveloping your entire room in a uniform soundstage. The IN-5 is powered by a 160W Class D amp with 80W going to the woofer, and 40W each going to the midrange and tweeter. Boundary EQ settings, like those found on Kali’s Lone Pine monitors, are accessible on the back of the speaker, along with a quick reference guide printed directly onto the speaker itself. 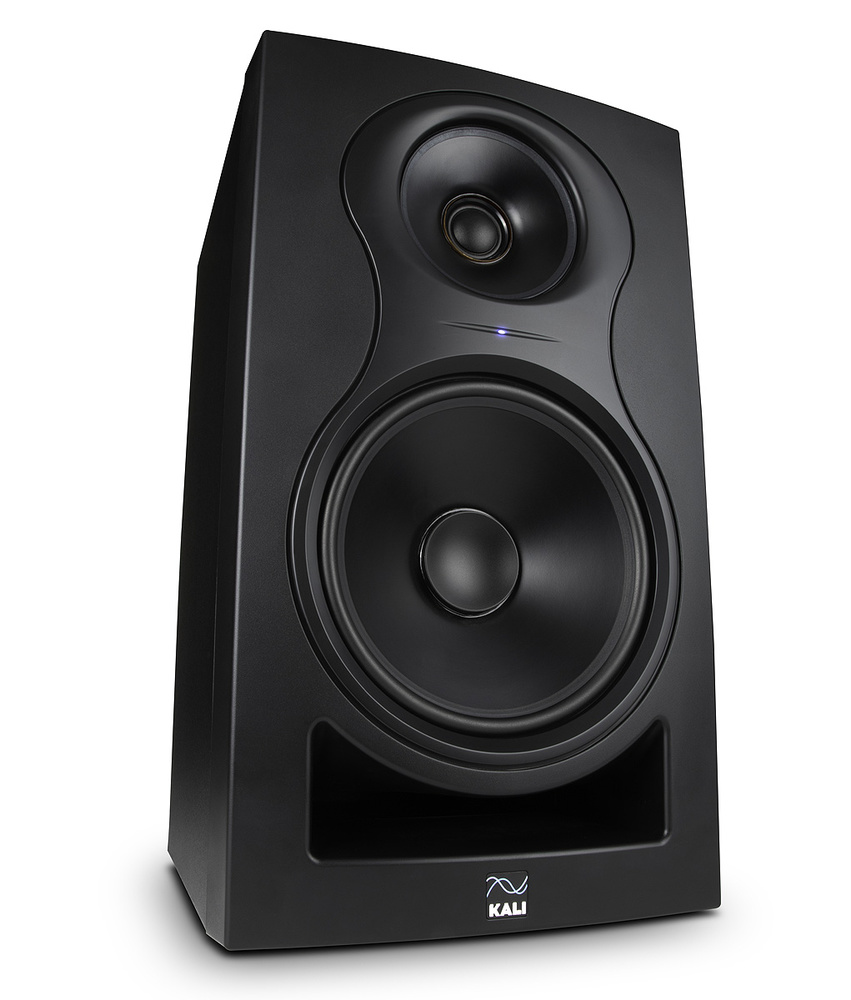 The IN-8 offers ultra-transparent sound reproduction, enabling you to hear every detail of your mix. This starts with an exceptionally accurate frequency response — there’s nothing hyped about this speaker. Its dual-layer, large-diameter voice coil exhibits a crystal-clear sound with negligible distortion — a full 6dB lower than its nearest competitor. At continuous reference-level output, the IN-8 boasts at least 20dB of headroom to allow for transient spikes. What’s more, this studio monitor employs larger magnets and voice coils than others in its class, resulting in super-accurate low-end response and impressive low-frequency extension.

Shop Now
Shaking up the market. I love them already!
Andy Jones

These compact monitors from new company Kali Audio strike an enticing balance between performance and affordability.
Sound On Sound
Kali Audio has solidified themselves as not only a contender in the pro studio monitor market, but a frontrunner in studio monitor technology and advancement
Charles Hoffman

..the company has already received rave after rave review for its LP-6 monitor speaker. I’m falling in line with another rave.. the LP-6 is a slam-dunk winner.
Steve Guttenberg