Studio One Prime is the free version of their flagship DAW

Enjoy many of the same powerful features from Artist and Professional editions, including intuitive drag-and-drop functionality, unlimited tracks, Presence XT, and nine robust Native Effects plug-ins. You’ll also get nearly a gig of loop and sample content to get your creativity rolling. 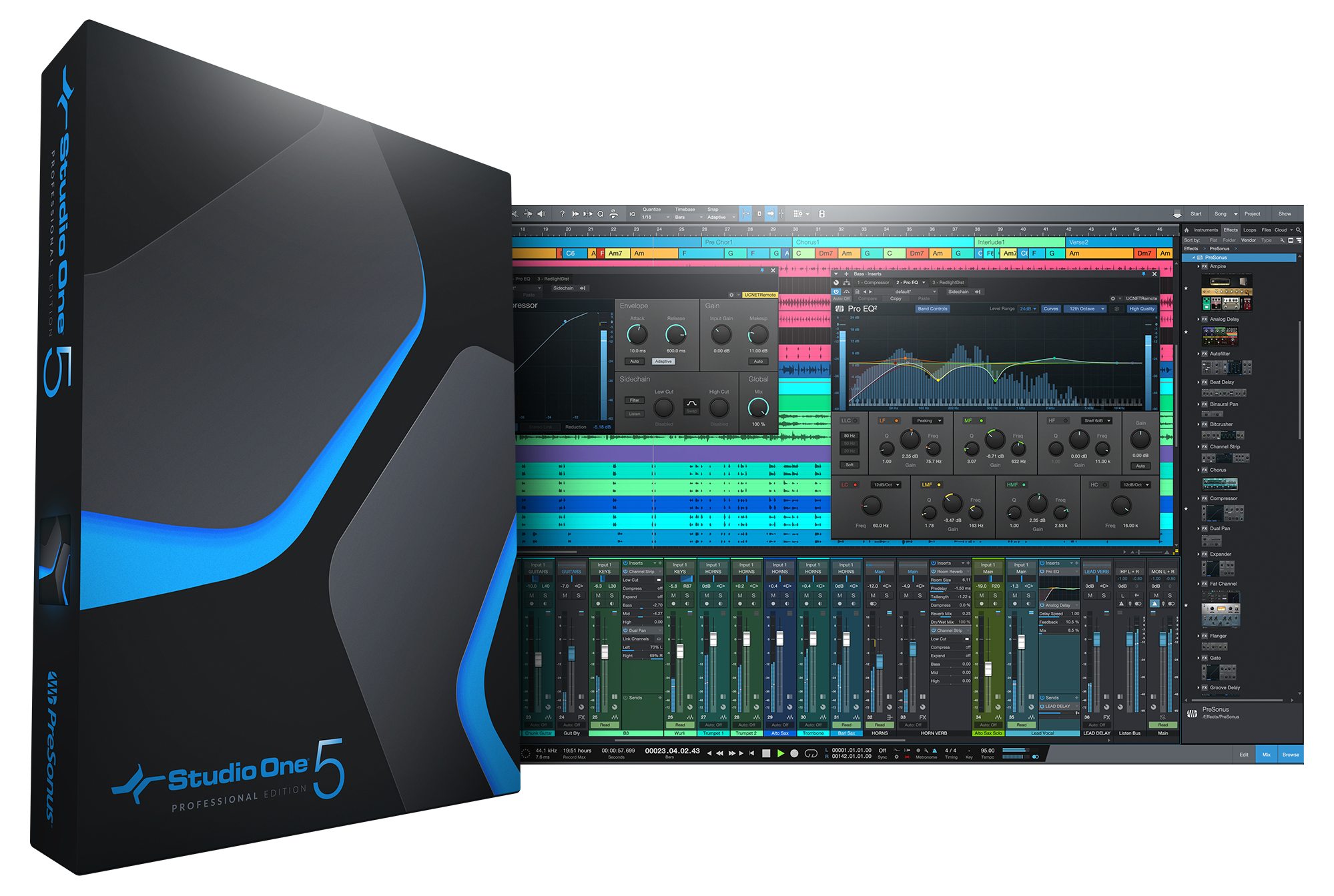 Through a shrewd combination of innovation, established concepts and razor-sharp attention to detail, PreSonus has managed to embed its forward-thinking Studio One DAW as a prominent feature on the music technology landscape in a remarkably short space of time. It’s developed into a feature-packed, fully professional production system for both instrumental/vocal and electronic music. Studio One has long been a DAW with the potential to genuinely change your musical life, and version 5 reinforces that position. If you’ve still yet to try it, there has never been a better time. 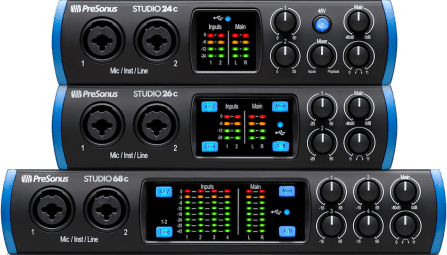 PreSonus Studio Series USB Interfaces
Portable, affordable, ultra-high-definition recording solutions for a wide range of users. With support for sample rates up to 192kHz and a copy of Studio One Artist included, they are designed to provide all the tools you need to track audio wherever you are.
Shop Now

A great choice for a wide variety of recording environments,the Quantum 2626 uses the blazing fast Thunderbolt 3 bus to achieve a barely measurable roundtrip latency (as low as <1 ms), enabling you to record and monitor with up to 24-bit, 192 kHz fidelity through your favorite plug-ins, without leaving your DAW. High-quality converters on every analog input and output provide 115 dB of dynamic range to capture complex musical harmonics smoothly and naturally with no audible distortion. 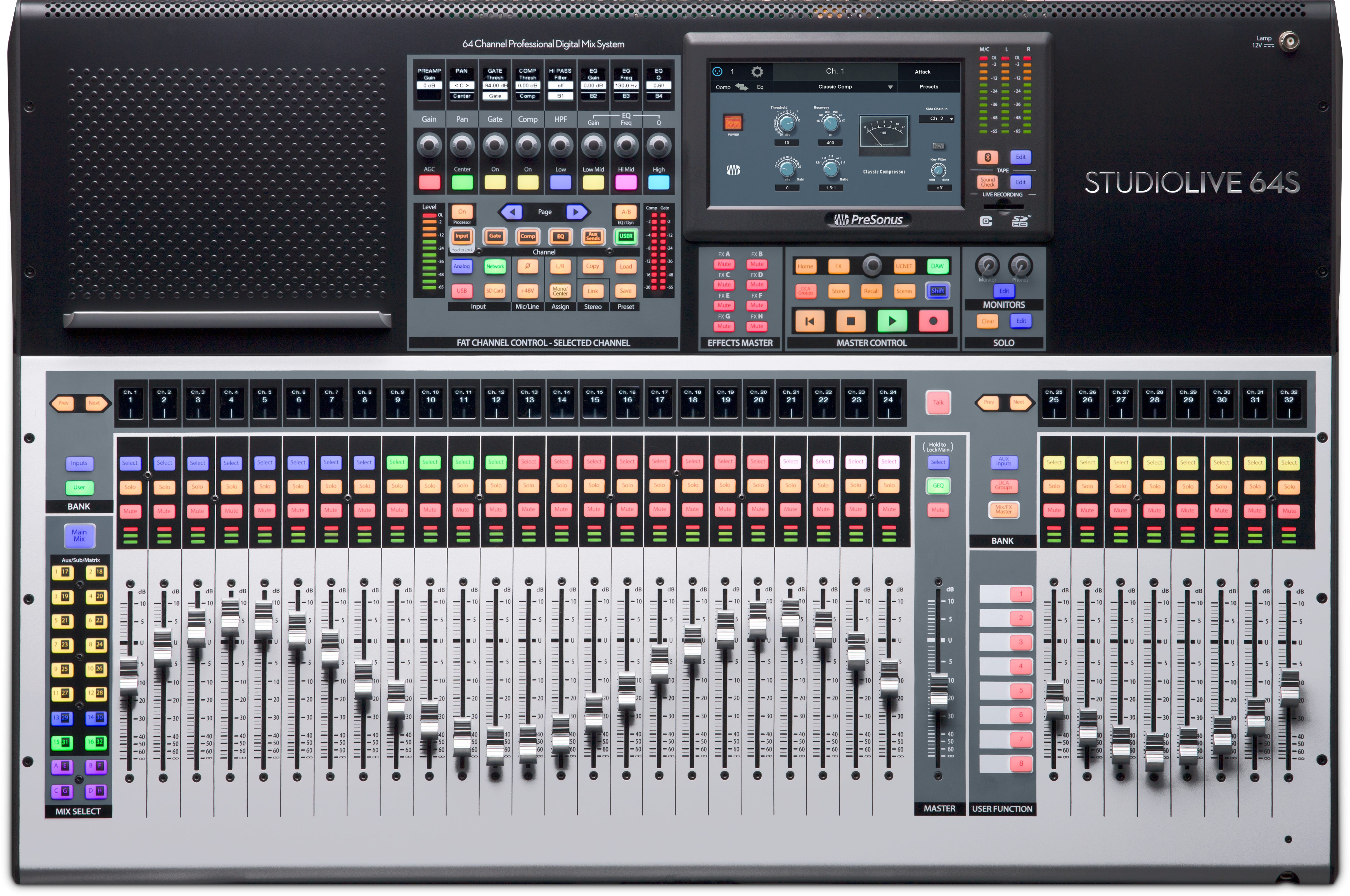 PreSonus StudioLive Series III S Digital Mixers
The PreSonus StudioLive Series III S 64- and 32-channel digital mixers are versatile and flexible mixing system for live and studio that is equally at home in houses of worship, broadcast facilities, live venues, touring rigs and recording studios. The number of motorised faders ranges from 17 to 33 for channels assignment and levels monitoring. Users can customise the layout for their faders to fit their needs. Furthermore, users can efficiently manage groups and buses if they’re working with customised sets or several inputs. Another popular feature across the Series III units are the Fat channels that lend users quick access and control over all channels with one touch. Instead of modifying the dynamics or adding a compressor on one track, Fat channels apply quick changes across the board. Series III S mixers take the computer out of recording with StudioLive Capture. Users are can simply insert an SD card into the dashboard and record studio sessions or live sets right onto the mixer. Once recorded, the mix can be edited using PreSonus’ Studio mixing software. For users committed to existing software, the StudioLive mixers are optimised for Studio One, Pro Tools and Logic.
Shop Now 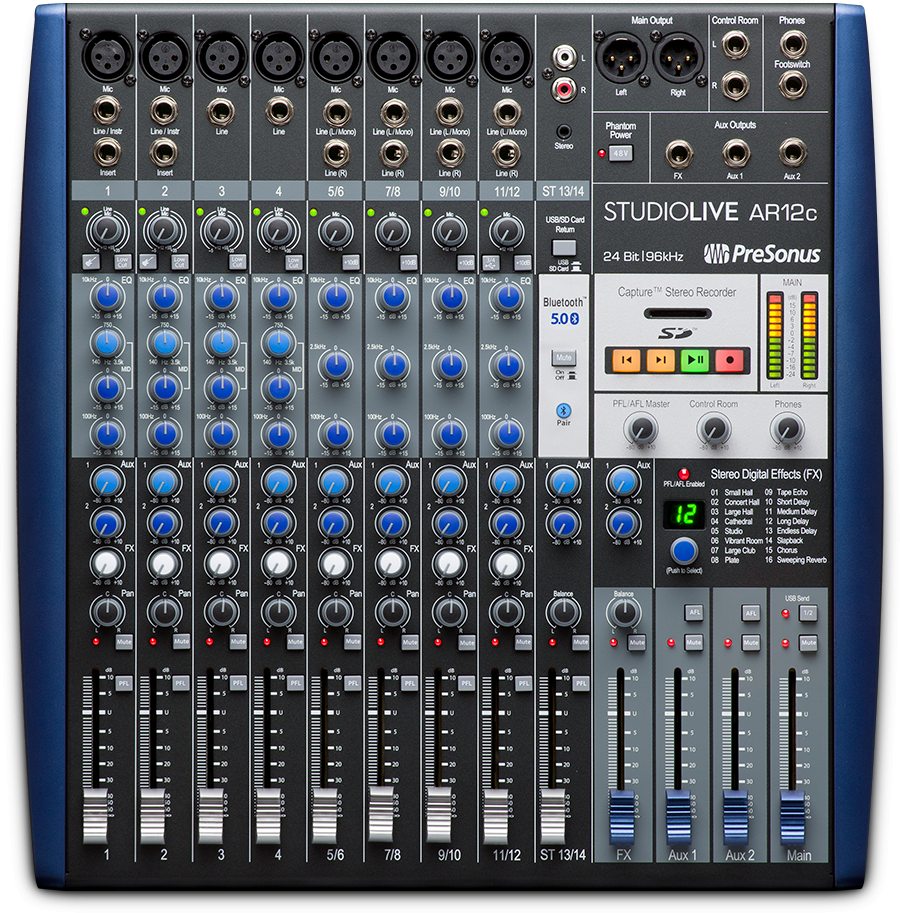 Lightweight, versatile, and feature-rich, StudioLive AR USB-C hybrid mixers make it simple to mix and record. These are musician’s mixers, packed with analog connections and digital tools, yet easy to learn and use. Compact and road-ready, StudioLive AR USB-C mixers provide a superior all-in-one solution for mixing and recording your performances at very affordable prices. 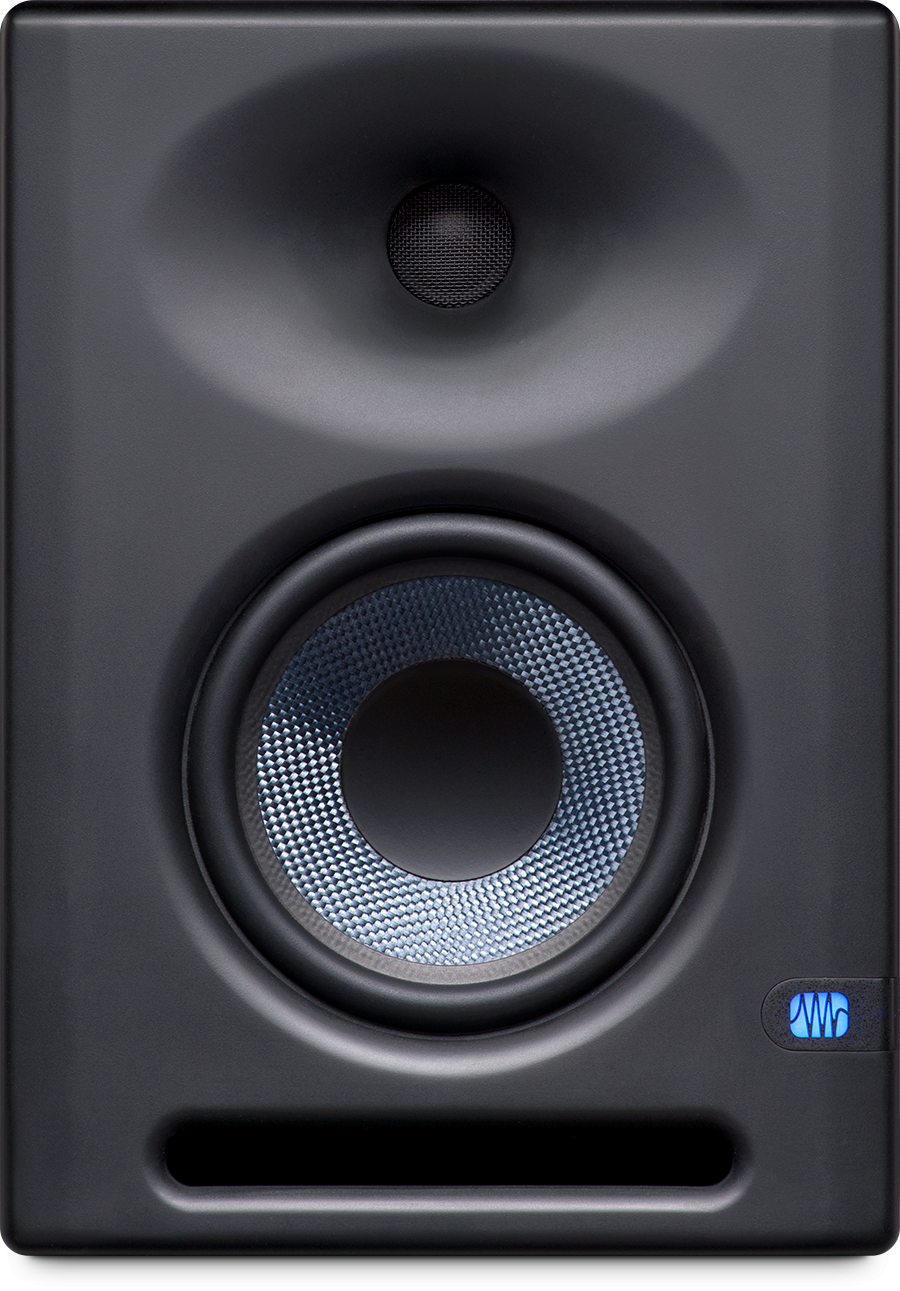 Ideal for home studios and project studios, these Kevlar woofers with Silk Dome tweeters monitors are crisp, clear sound. They provide excellent imaging for monitors at this price. There are other brands out there that cost twice as much, and don’t have the same components and sound quality, adjustability and overall value for the money. These come highly recommended.
Shop Now 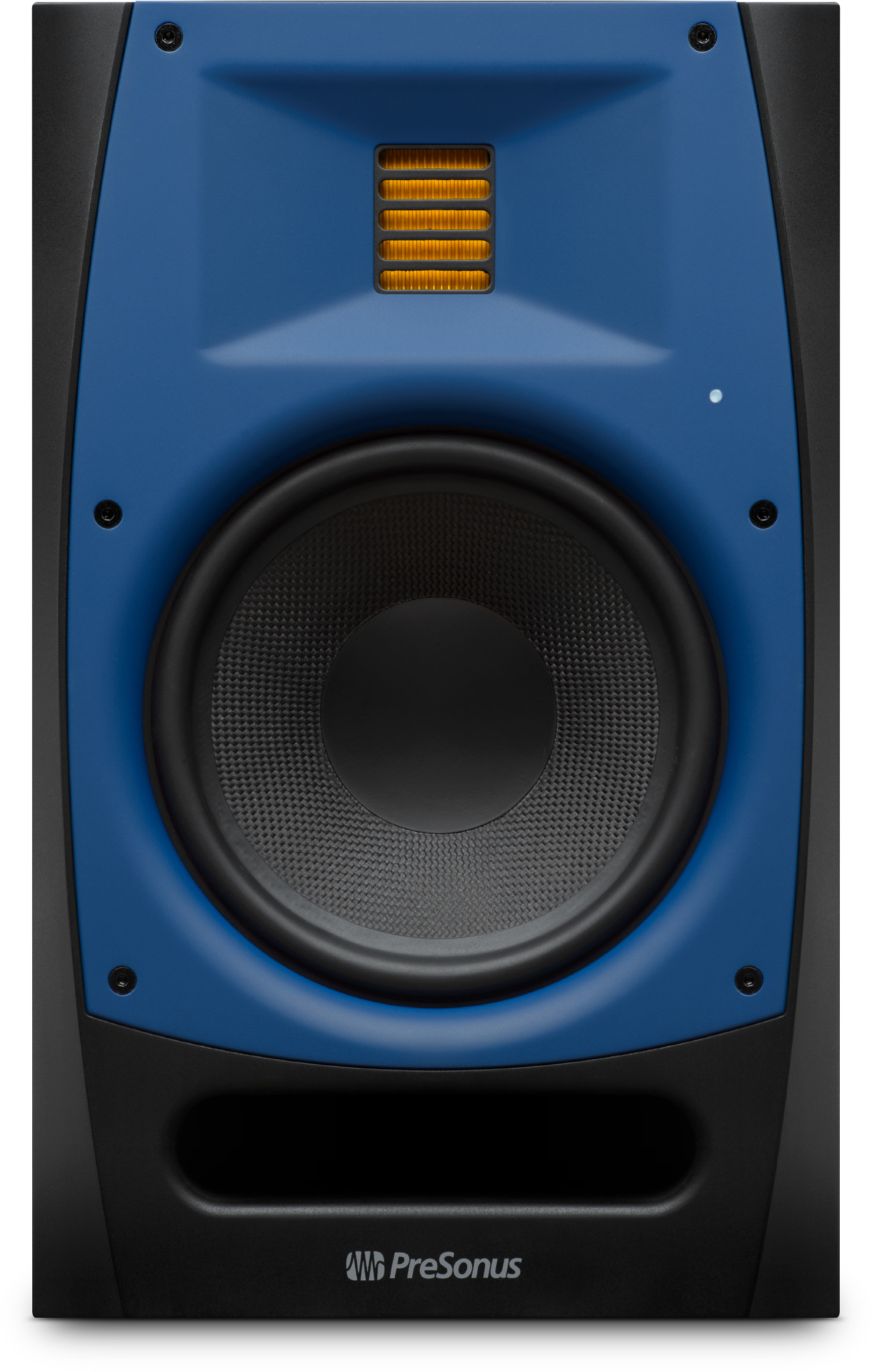 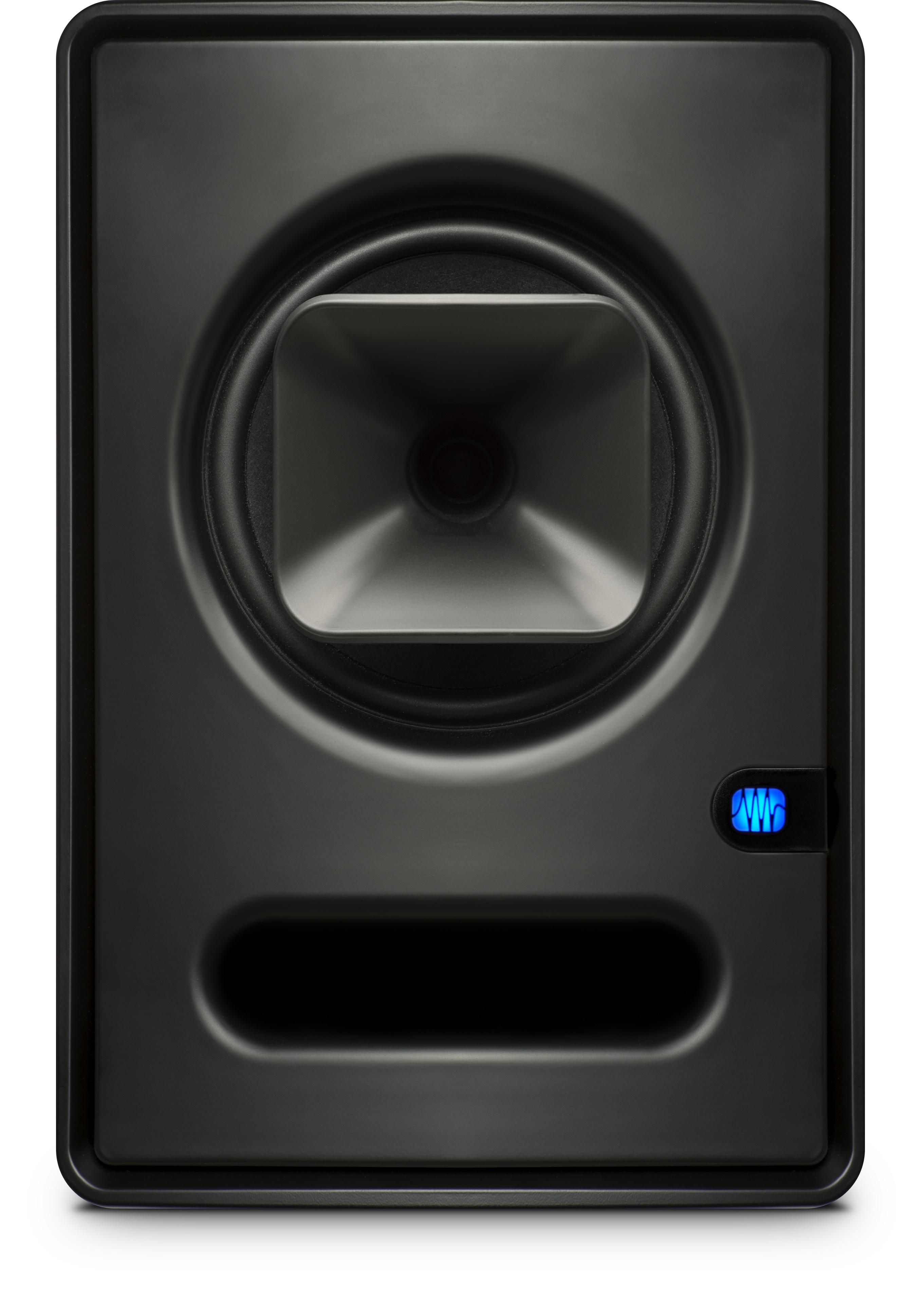 You will have real difficulty in finding monitors at this price that sound this good and so revealing. The Sceptre S6 speakers are 6.5-inch CoActual 2-way Studio Monitors, where the horn is mounted in the woofer, The single point source provided by coaxial designs offers unique advantages, thanks to their consistent acoustic centre and symmetrical dispersion pattern. The proprietary CoActual design in the Sceptre S6 relies on custom coaxial drivers and advanced onboard DSP to create a seamless crossover transition and an even frequency response, the net result is exceptional 3D imaging and a natural listening experience that reveals the subtlest details. the result is a crisper stereo image, greater soundstage depth, more separation between components in a complex mix, and a less fatiguing listening experience.
Shop Now 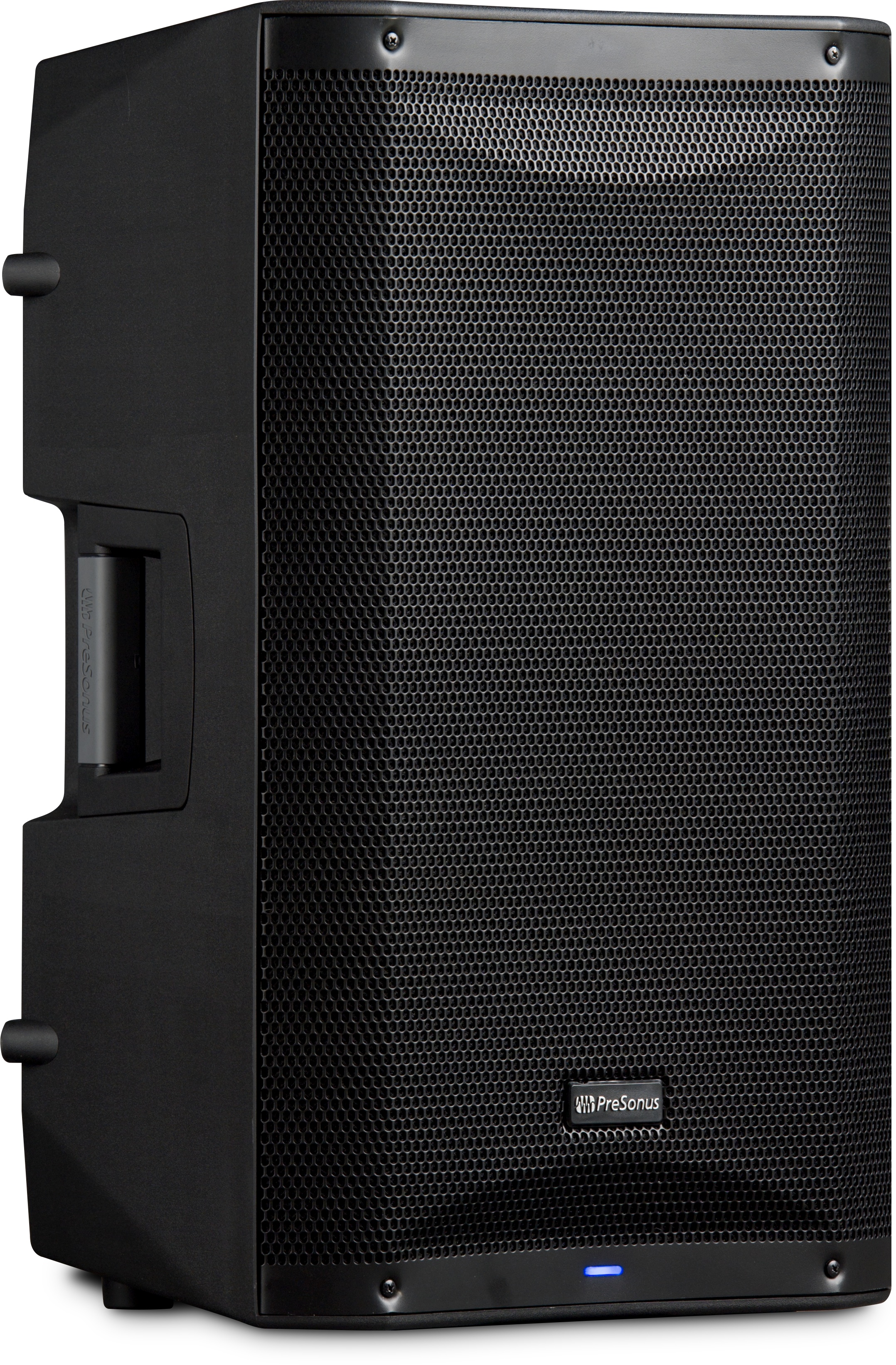 PreSonus AIR Active Loudspeakers (6 Years Warrenty)
Compact and lightweight, PreSonus AIR active loudspeakers provide a rich, extended low-end and natural high-frequency extension in an enclosure that will easily fit in the backseat of a small car. Backed by 1,200W (dynamic) of Class D/Class AB power and enhanced with easy-to-use digital tuning functions, AIR full-range systems give you all the power and tools you need for both mobile and installed sound. PreSonus offers a 6 Year Warranty on all loudspeakers which have proven to be extremely reliable and problem-free.
Shop Now 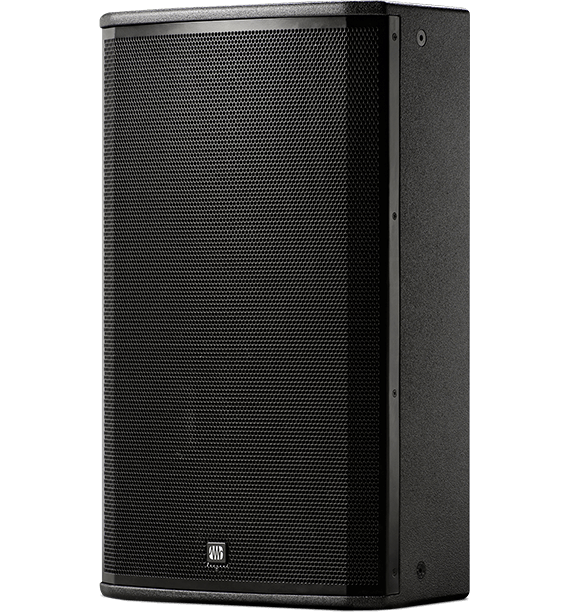 PreSonus ULT- Series Loudspeakers (6 Years Warrenty)
PreSonus’ is ULT-series active loudspeakers combine the widest horizontal dispersion of any loudspeaker in their class with a focused vertical dispersion for an ultra-long throw. The result is even coverage throughout the space, enabling the audience to hear clearly wherever they are. Designed for both mobile use and permanent installations by PreSonus’ WorxAudio commercial loudspeaker division, the series includes the ULT12 and ULT15 full-range systems and the ULT18 subwoofer. PreSonus offers a 6 Year Warranty on all loudspeakers which have proven to be extremely reliable and problem-free
Shop Now
g