“The UAD plug-ins allow us to get into the wheelhouse of the sounds of yesteryear. It’s another instrument in the band these days.” – The Killers

“Knowing the abilities of the DSP and the incredible quality and tonality of the plug-ins, the UAD-2 has become such a first response tool in my everyday recording and mixing.” – Darrell Thorp (Beck, Radiohead, Charlotte Gainsbourg)

Get the rich analog sound of UAD plug-ins over Thunderbolt.

The UAD-2 Satellite Thunderbolt is a powerhouse DSP accelerator that gives Mac and Windows 10 users complete access to the world’s most detailed and authentic analog emulation plug-ins, available exclusively on the UAD platform.

UAD: The Industry’s Most Respected Collection of Audio Plug-Ins 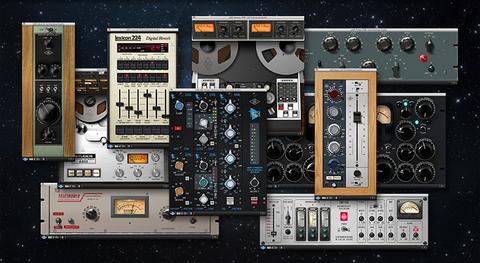 From serious home recordists to multi-platinum mix engineers, UAD Powered Plug-Ins are integral tools for audio professionals. The reason is simple. No other plug-ins faithfully capture the sound and behavior of classic analog equipment — whether it’s boutique compressors and EQs, or vintage reverbs and tape machines.
The UAD library features over 90 plug-ins, co-developed with the biggest brands in audio. These plug-ins can be purchased with UAD-2 hardware from retailers as part of bundled packages, or à la carte from UA’s Online Store.

UAD Plug-In Craftsmanship: The Science Behind the Scenes

* A “Special Order” is a product that we normally do not keep in stock. We order it from the manufacturer as soon as you order from us. We are the exclusive distributor for Universal Audio, so we can get your special order to you fast, in about 1-2 weeks. Remember that special orders are non-cancelable, so make sure the item you are ordering is correct. Call us at +65 63388657 if you need assistance.

*Due to the disruptions caused by the pandemic and the ongoing shipping congestion, delays may be possible.