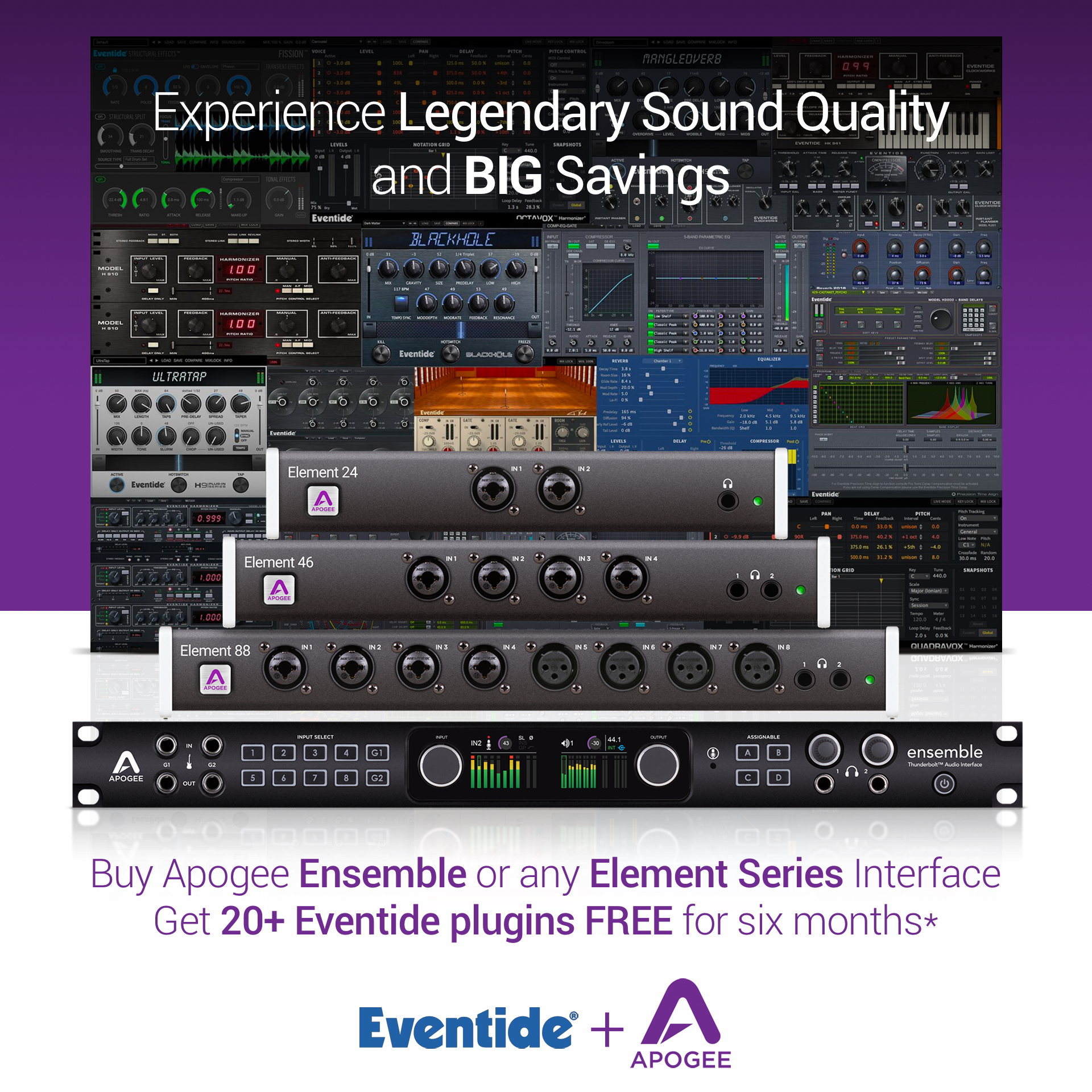 Buy a new Apogee Ensemble or Element Series Thunderbolt audio interface from us and get a Discount Coupon good for a free six month subscription to the Eventide Ensemble bundle (a S$252 value). This exciting bundle has something for everyone with twenty-three plugins included, plus any new plugins Eventide releases during your subscription at no additional charge.

The Apogee and Eventide bundle brings together Apogee’s premium Ensemble and Element series Thunderbolt audio interfaces with Eventide’s expansive Ensemble plugin bundle subscription. Eventide plugins give you the ability to make your recordings evoke the sonic landscapes of legendary albums and open the doors to the creation of new sounds never heard before. Legacy plugins like the H910 Harmonizer and H3000 Factory bring the iconic sounds used by top artists, engineers and producers to your desktop. The Eventide Ensemble bundle is also packed with new, award-winning effects such as Blackhole, Tverb, Physion (aka Fission) — unique creative tools found nowhere else.

Apogee Ensemble and Element audio interfaces give you the sound and performance pros prefer with pristine AD/DA conversion, world-class mic preamps and lightning fast Thunderbolt performance for near-zero latency recording. Combined, the Apogee and Eventide bundle will take your creativity, recordings and mixes to the next level. 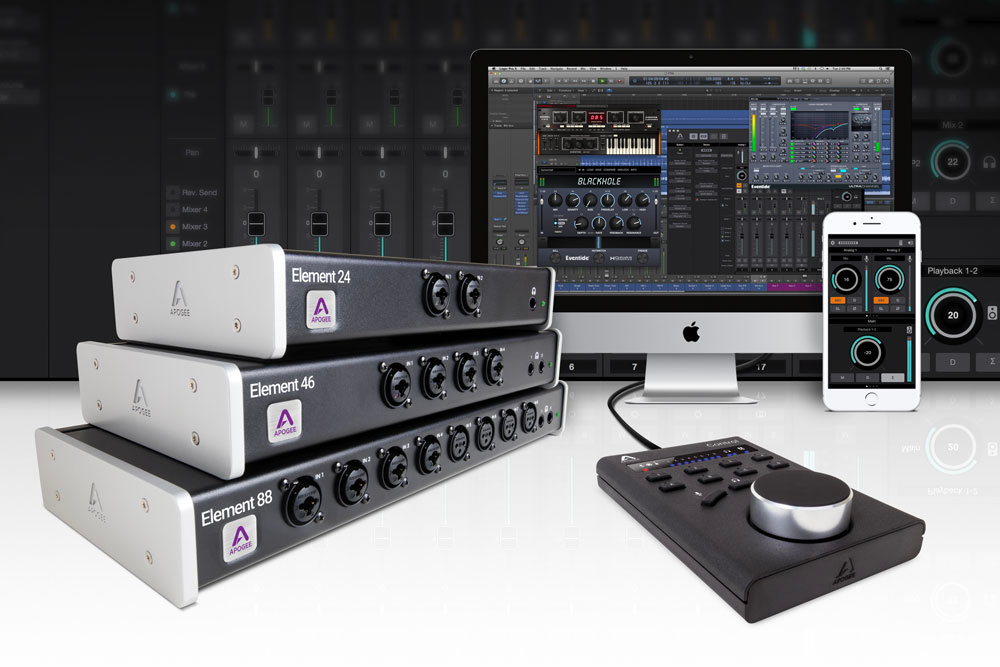 How does it work?

Purchase a new Ensemble Thunderbolt or Element 24, 46 or 88 from Sinamex

Go to Gobbler.com and create an account (or login) to use your download code and start your free 6 month subscription to the Eventide Ensemble bundle

Once your free 6 month subscription ends the Eventide Ensemble bundle is US$29.99 per month.